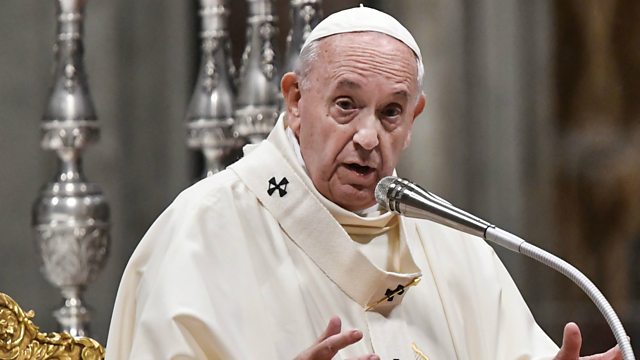 The Pope has declared that the rule of "pontifical secrecy" no longer applies to the sexual abuse of minors.

Pope Francis has made sweeping changes to the way the Roman Catholic church deals with child sex abuse by ending the rule of pontifical secrecy. This obliged anyone bringing accusations of abuse to keep quiet about the details.

Also in the programme: We speak to the Supreme Court Justice Ruth Bader Ginsberg, and how encouraging kids to talk to themselves could help their maths ability.

(Picture: Pope Francis addresses attendees as he celebrates a mass for Our Lady of Guadalupe on December 12, 2019. Credit: Alberto Pizzoli/AFP via Getty Images)