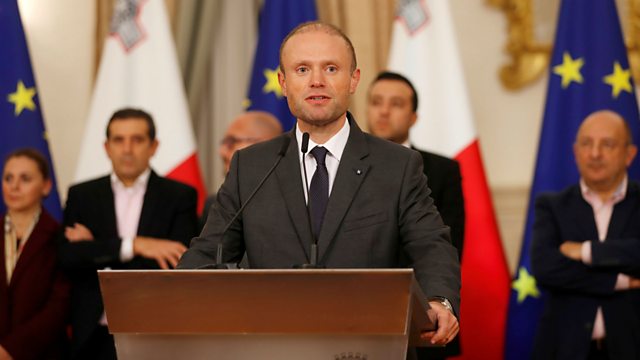 The governing party in Malta has held an emergency meeting as demands mount for Prime Minister Joseph Muscat to resign.

Malta's governing party has been holding an emergency meeting, with mounting speculation that the prime minister Joseph Muscat will resign. The country is in turmoil over the murder two years ago of the journalist, Daphne Caruana Galizia.

Also on the programme: Thousands of pro-democracy activists have taken to the streets of Hong Kong to celebrate their victory in local elections; and what does the Secretary-General of NATO make of the French president's view that the alliance is "brain-dead"?