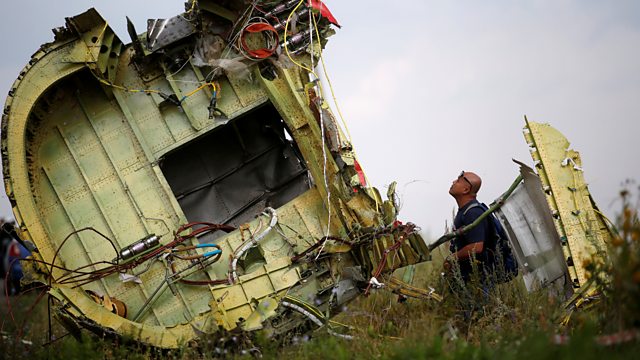 Investigators looking into the shooting down of a passenger plane over Ukraine have released phone transcripts suggesting senior Kremlin figures were helping direct the Ukrainian rebels accused of the crime. All 298 people aboard Malaysian Airlines flight MH17 died after a missile struck the plane on 17th July 2014. Russian officials have rejected the findings.

Also in the programme; 2 people are confirmed dead at a school shooting in Santa Clarita, north of Los Angeles and Italy declares state of emergency over Venice floods.