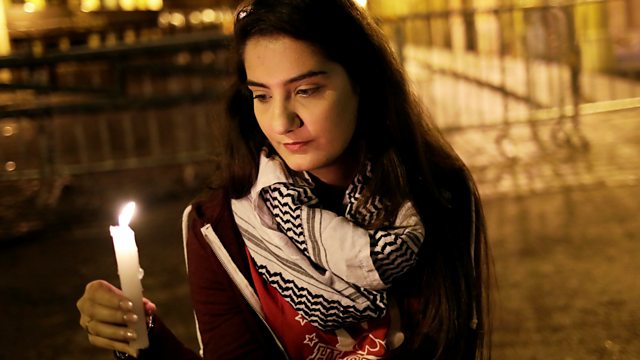 Large crowds of anti-government protesters have gathered again in Lebanon, in spite of the resignation of the prime minister, Saad Hariri, and an appeal by the president for unity. They want to sweep away the whole political establishment. They regard it as corrupt, and blame it for high unemployment.

Also in the programme: Turkish-backed forces fighting Kurdish militias in north-east Syria have been accused of committing war crimes, with acts of brutality surfacing on mobile phone footage. And why women are absent from anti-Imran Khan protests in Pakistan.