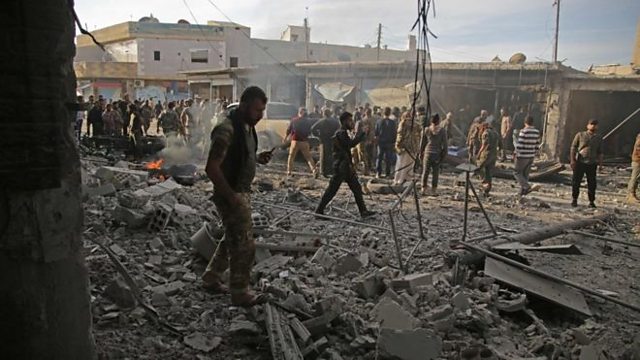 A bomb blast in the border town of Tal Abyad has killed at least 13 people.

A bomb blast in the town of Tal Abyad has killed at least 13 people amid efforts by Turkish forces to establish a buffer zone on the Syrian side of the border.

Also in the programme: South Africans celebrate their team's victory over England at the Rugby World Cup final, volunteers clear thick sludge from the Brazilian coast from a tanker's oil spill, and the German city of Dresden declares a "Nazi emergency."

(Picture: Turkey-backed Syrian fighters walk through the site of an explosion in Tal Abyad. Credit: AFP)