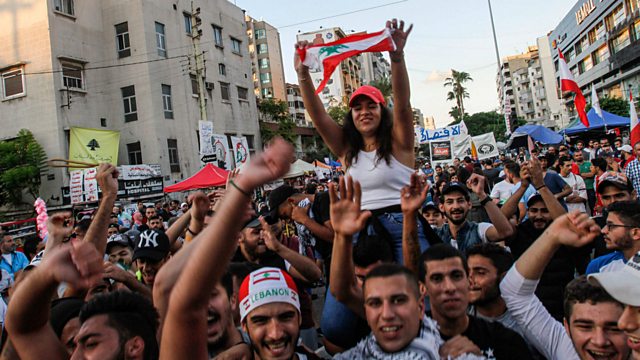 Anti-government protesters in Lebanon have been celebrating after the Prime Minister, Saad Hariri, submitted his resignation and that of his cabinet.

Also in the programme; MPs in Britain have voted overwhelmingly in favour of holding a snap general election in December; and a surprise book out today about the musician Prince. Photo: Lebanese anti-government protesters celebrate the resignation of Prime Minister Saad Hariri in the southern city of Sidon on October 29, 2019 on the 13th day of anti-government protests.

Will Turkey force Syrian refugees back across border?