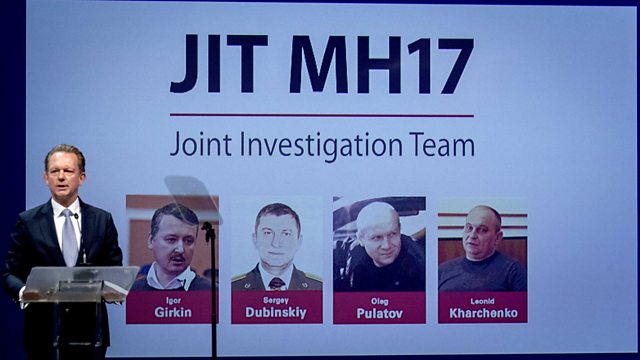 International investigators charge three Russians and a Ukrainian with murder over the shooting down of Malaysia Airlines flight MH17, the first people to face justice over the tragedy five years ago in which 298 people were killed.

Also in the programme: UN report on Jamal Khashoggi murder; measles in the Philippines.