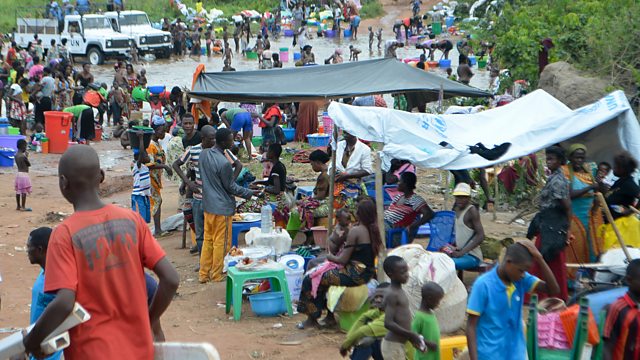 Fighting amongst armed groups has lessened and security conditions have improved

The UN Refugee Agency has aided Congolese refugees returning home from Angola. We hear more on the efforts being made.

In Tunisia the second round of the presidential elections set for Sunday 13th October, and we hear from the capital Tunis in the lead up.

And in Cameroon, a report on the major cocoa trading companies trying to help farmers with their crops ruined due to separatist conflict.

(Photo: Congolese migrants who were living in Angola gather near the Congolese border town of Kamako. Credit: SOSTHENE KAMBIDI/AFP/Getty Images)

World Mental Health Day and its relationship with Africa

The Zimbabwean psychiatrist who created the ‘Friendship Bench’