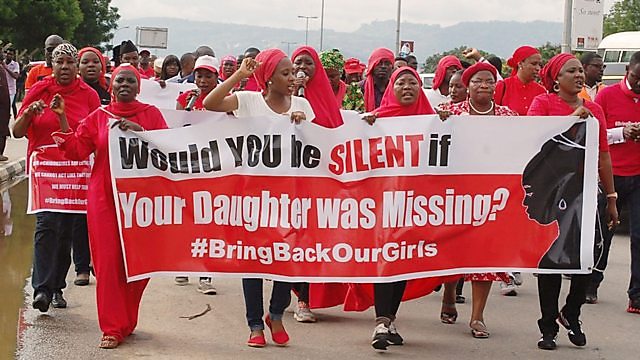 The founder of the Nigerian Islamist group Boko Haram was killed ten years ago by the Police. Far from stopping their ideology, the episode sparked a decade of radicalisation that now spreads beyond Nigeria's borders.

President of DRC Felix Tshisekedi and former leader Joseph Kabila have agreed to form a coalition government composed of 66 cabinet members. However, the majority of seats will be picked from Mr Kabila's coalition.

Why a mother decided to speak to her daughter only in her mother tongue: Ghana's Fante language.

(Photo: demonstrators take to the streets in 2015 to demand the release of hundreds of girls abducted from their schools by Boko Haram)

The joy of Malawi's folk music