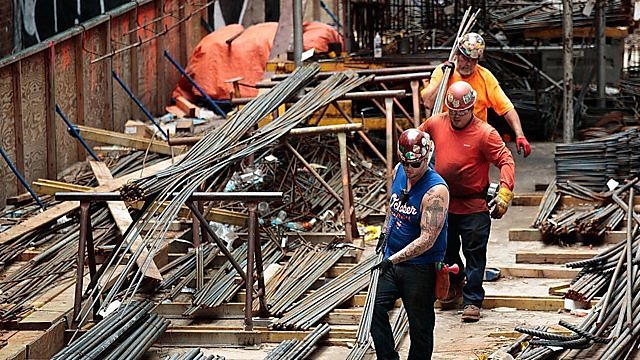 The US economy grew at an annualised rate of 3.2% in the first three months of the year.

The US economy grew at an annualised rate of 3.2% in the first three months of the year. Heather Long, Washington Post Economics Correspondent, tells us what's behind the latest figures and whether the economy is likely to continue to grow at this rate.

Also in the programme, ride-hailing firm Uber has revealed it hopes to be worth up to $91bn in an upcoming stock market flotation. Adam Lashinsky, author of Wild Ride: Inside Uber's Quest for World Domination explains why the valuation is lower than was expected.

New Zealand Prime Minister Jacinda Ardern has announced she and French President Macron will convene a meeting to deal with extremist and violent material on social media, in the wake of the live-streamed attack in Christchurch.

With reports that one of the biggest genealogy websites is planning to launch on the share market, we look at the do-it-yourself DNA testing that boosts the profits of companies like Ancestry.com. Meghan Molteni of Wired magazine explores the privacy concerns, and we get wider context from Caitlin Curtis, a population geneticist at the University of Queensland.

Plus, we look ahead towards Spanish elections taking place this Sunday. And Kai Ryssdal of our partner station Marketplace takes a look into the Tribeca Film Festival in New York.

All through the show we’ll be joined by Sharon Brettkelly of Radio New Zealand in Auckland, and Dante Disparte, founder and CEO of Risk Cooperative in Washington D.C.