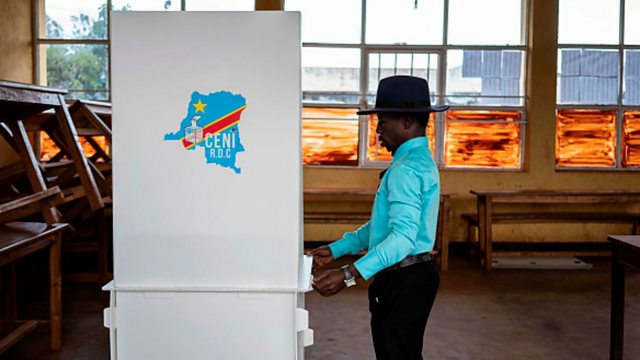 Voting has begun in the Democratic Republic of Congo. The presidental vote was originally scheduled to take place two years ago. However, violence has marred the run-up to the polls and some areas have been excluded from voting.

Also in the programme: The Ugandan student who “married” herself; and the upheavals of 1968 remembered.

Julian Worricker is joined in the studio by artist Aowen Jin and writer Michael Carlson.

DRC Gears up for Controversial Elections

The Man Who Spent Months Living in an Airport