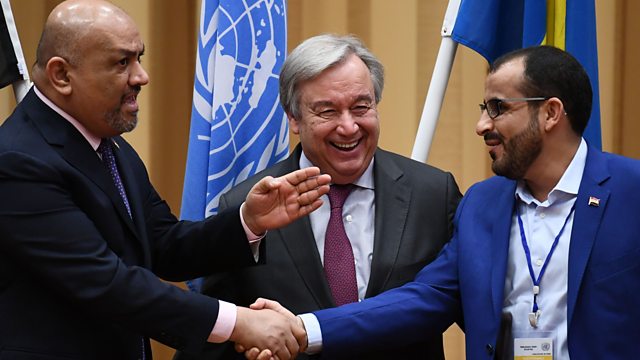 Concrete measures, including a truce and a prisoner swap, have been agreed.

Representatives of the Saudi backed government of Yemen and the Houthi rebels shook hands at the end of the peace talks in Sweden, but the civil war is not over. The UN says a third of Yemen's population, nearly 24 million people, now rely on food support and there has been an epidemic of cholera in many areas. We hear about the situation on the ground now. Also on the programme, one of the UK MPs who supported Theresa May in her confidence vote tells us what's happening next in the Brexit negotiations. And finally the son of the dissident writer Alexander Solzhenitsyn on directing an opera based on his most famous book, A Day in the Life of Ivan Denisovich, in Moscow, on what would have been the writer's 100th birthday.