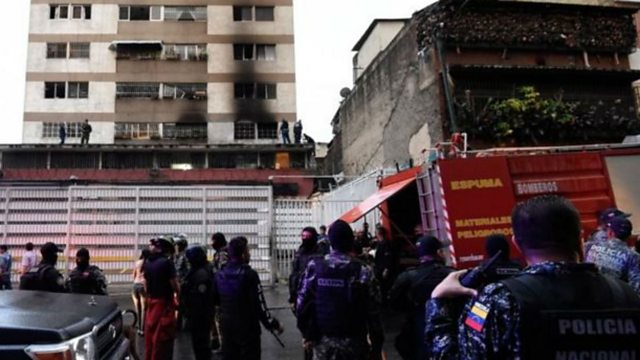 Venezuelan president claims that Colombia was behind Caracas explosions.

Venezuelan President Nicolás Maduro says he has survived an assassination attempt involving explosive drones. Mr Maduro has blamed Colombia for the attack - something denied by Bogota as "baseless".

Also in the programme: Smartphone addicts; and alleged antisemitism in the UK’s Labour party.

(Image: Charred windows, reportedly damage from a drone explosion, on a building close where President Maduro was making his speech on 4th August 2018. Credit: AFP/Getty Images)