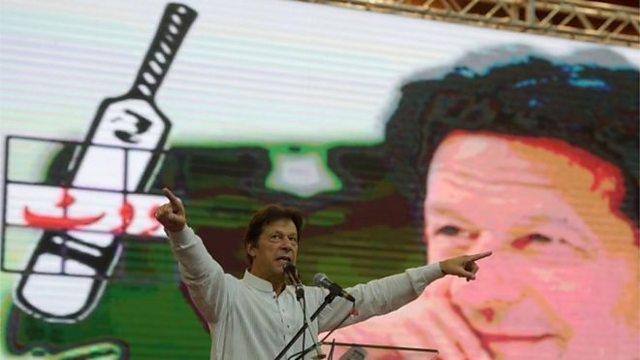 The former Pakistan cricket captain, Imran Khan, is poised to become the next prime minister of Pakistan; allegations of sexual misconduct and intimidation made against the chairman of CBS, Leslie Moonves; a report from Gaza on why protests against Israel are intensifying despite scores being killed.

Allegations of Sexual Misconduct at CBS

A Preview of Cambodia's Elections