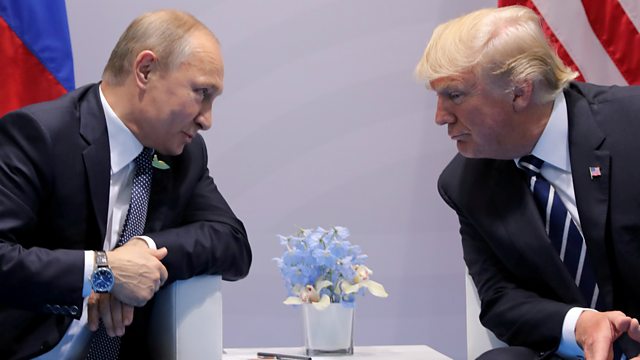 Trump And Putin To Meet In Helsinki

The Presidents of the US and of Russia are due to meet in Finland's capital tomorrow.

Despite the indictment of twelve Russian officials for allegedly interfering in the 2016 US election on Friday, Donald Trump is still meeting up with Vladimir Putin in the capital of Finland. We ask what does the US president want to achieve with this meeting? And what would he consider to be a success? Our chief international correspondent Lyse Doucet joins us, as does former Trump staffer Sebastian Gorka, Russian journalist Yevgenia Albats and Jan Vapaavuori, the Mayor of Helsinki.

Syria: Aid To Deraa Being Blocked