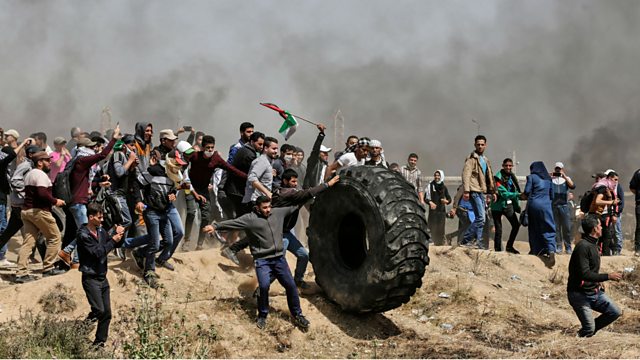 Fatal Clashes near the Gaza Border

Dozens of Palestinians have been killed and more than a thousand injured by Israeli forces on Gaza's border.

We’ll be live in Jerusalem as the US opens its new embassy. We’ll also keep across today's events at the Gaza border, where dozens of Palestinians have been killed.
Also, our business team is in Zimbabwe talking with farmers almost six months after Robert Mugabe stood down as president.
And we'll speak to players and their parents about the video game Fortnite; and the effect its apparent addictiveness is having on relationships at home and in the workplace.

(Photo: Clashes with Israeli forces near the border between the Gaza strip and Israel. Credit: Mahmud Hams/AFP/Getty Images)