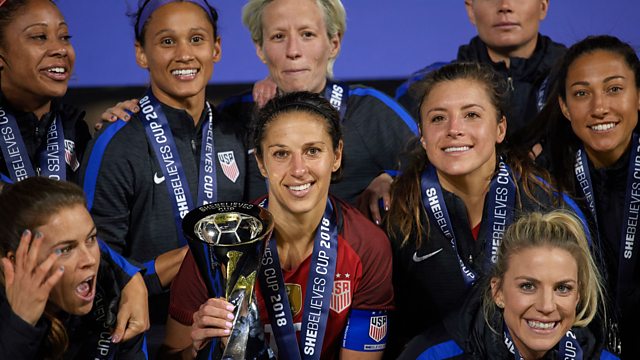 One hundred days to the Fifa Women's World Cup

Caroline Barker is at the She Believes Cup to discuss how the global game is shaping up.

With only a few months to go until France 2019, Caroline Barker is at the She Believes Cup in Philadelphia, one of the final major tournaments before the World Cup.

Plus an interview with the England Head Coach Phil Neville on his thoughts on the global game and how he believes his team can achieve miracles by not letting fear stand in their way of success.

Daniel Carcillo on the danger of concussion

Are transgender women a 'threat' to female sport?