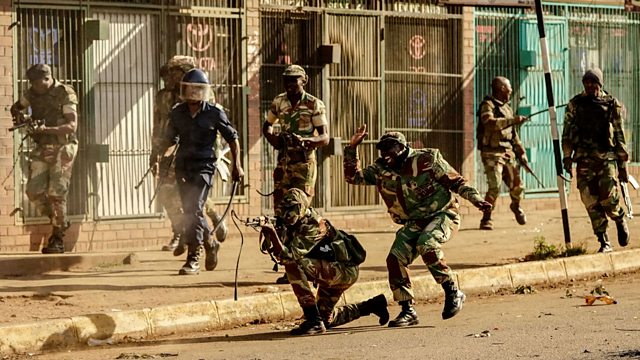 (Photo: A soldier fires shots towards demonstrators, on August 1 2018, in Harare, as protests erupted over alleged fraud in the country's election. Credit: Zinyange Auntony/AFP/Getty Images)