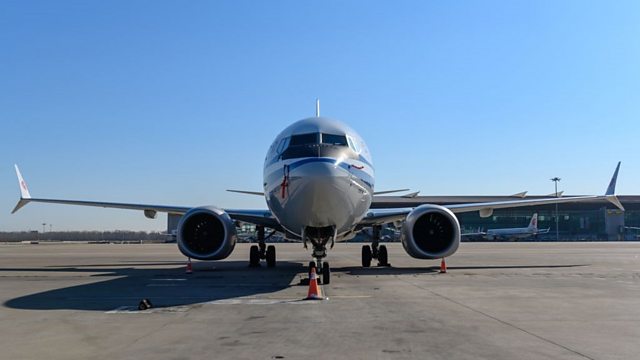 Some airlines have grounded Boeing 737 Max 8 jets after a deadly Ethiopian Airlines crash.

Some airlines have grounded Boeing 737 Max 8 jets after a deadly Ethiopian Airlines crash. Victoria Moores is the European editor of Air Transport World, and brings us the latest on the investigation into the accident. Also in the programme, with a series of significant votes on Brexit in the British parliament this week, our reporter explains why there is so much opposition to Theresa May's withdrawal deal. And we get reaction from the UK's business community with Alastair MacMillan of White House Products, and Lee Mounter from Origin Global. Ahead of an upcoming general election in India, Facebook has opened an operations centre in Delhi to counter the spread of fake news, and will be working with the Electoral Commission of India. Meenakshi Ambwani is business editor at the Hindu Times, and explains the background to the move. Plus, as video technology makes it easier to connect to work meetings, our regular workplace commentator Heather McGregor argues that despite the advances in tech, we've taken a few step backwards in terms of office etiquette.