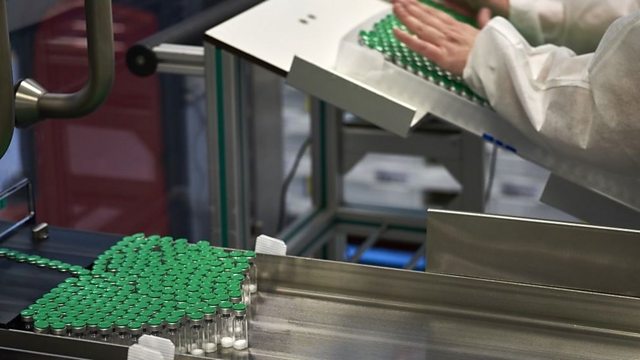 France's Sanofi is beginning to stockpile drugs in preparation for a hard Brexit.

France's Sanofi is beginning to stockpile drugs in preparation for a hard Brexit. Donato Paolo Mancini broke the story for the Wall Street Journal, and tells us more. And we get context from Mike Thompson of the Association of the British Pharmaceutical Industry. Also in the programme, we hear about an ongoing strike by taxi drivers in multiple Spanish cities, in protest against app-based taxi services such as Uber. We have a report from Gaborone in Botswana on the high level of unemployment for graduates there. Plus ahead of a movie memorabilia auction later this year, Steve Lane, chief executive of the Prop Store, which is organising the sale, tells us why some movie fans are so keen to own a piece of their favourite movie.