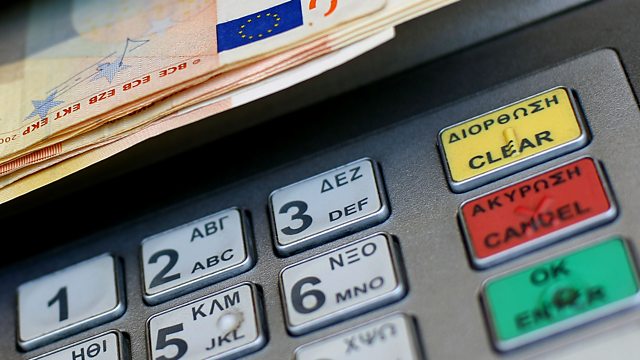 Strict capital controls on cash withdrawals in Greece have been relaxed.

Strict capital controls on cash withdrawals in Greece have been relaxed. As the country's economy continues to recover, we hear how economic life is changing in Greece from Constantinos Michalos of the Athens Chamber of Commerce. And the economist Vicky Pryce tells us whether the country is likely to be able to go it alone when its third bailout is due to end this August. Also in the programme, Jordan's prime minister has resigned after thousands of people took to the streets. Lamis Andoni is a Middle East analyst, and explains that Jordanians have been protesting against tax hikes and the rising cost of living. We have a report from Nigeria on the growing popularity amongst Nigerians of holidaying at home. Our workplace commentator Alison Green of the Ask a Manager column looks at the arguments that can arise from the way people treat their office kitchen. Plus as an auction house in Paris puts dinosaur fossils on the block, Dr Emily Mitchell of the University of Cambridge's Department of Earth Sciences explains why some paleontologists think such auctions are a loss to science.

G7 Challenges US Over Trade Tariffs