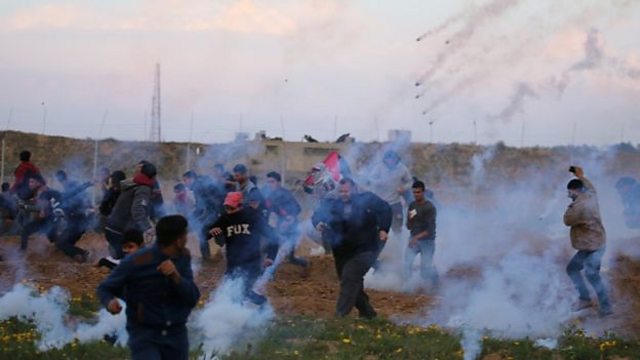 Thousands of Palestinians are gathering in the Gaza Strip to mark the anniversary of the start of protests along the boundary fence with Israel.

Also in the programme: Pope Francis starts a brief trip to Morocco shortly, to promote inter-faith dialogue in a country which projects itself as an oasis of moderate Islam; and Van Gogh and Britain at Tate Britain in London.

(Photo: The protesters demanded that Palestinian refugees be given the right of return. Credit: Reuters)