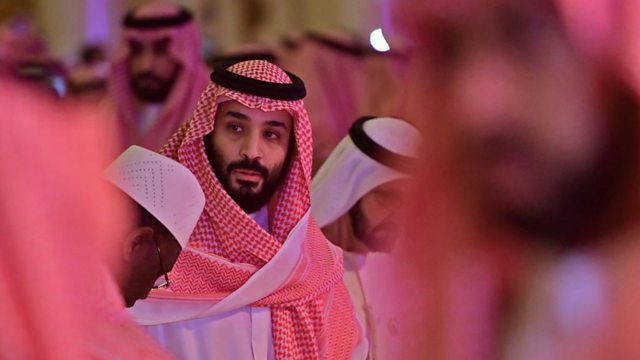 After three weeks of silence, the Saudi Crown Prince Mohammed Bin Salman has commented on the murder of Saudi journalist Jamal Khashoggi. He called it 'repulsive' and said it would be fully investigated.

Also in the programme - big fines for Apple and Samsung over slowing down their devices, and flying robots that can open doors.