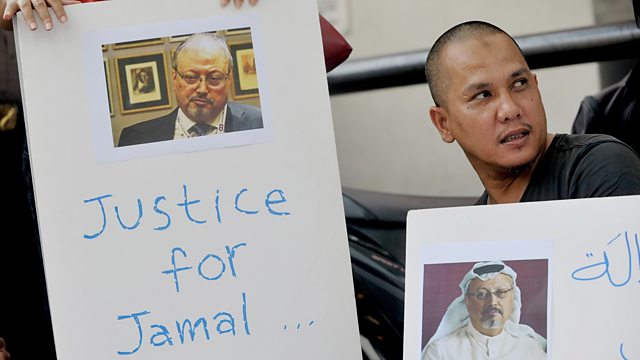 Foreign ministers of the world's richest countries have demanded a full account of what happened to journalist Jamal Khashoggi who was killed in the Saudi Arabian consulate in Istanbul.

Also in the programme: We follow the caravan of several thousand migrants walking from Honduras to the United States and - how has fake news on social media affected the presidential election in Brazil?