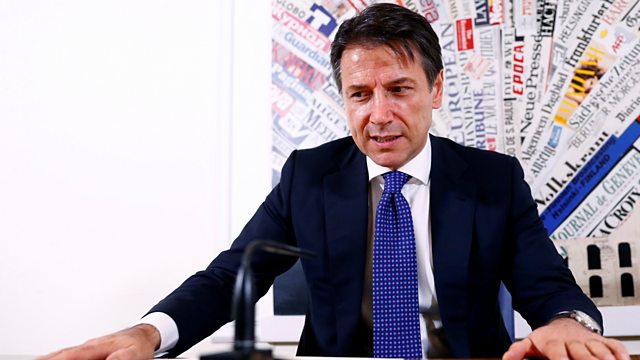 Italy's populist government, already indebted, plans to spend more to fulfil its campaign promises. But this has incurred the displeasure of Brussels.

Also in the programme: President Trump threatens to cut aid to countries that fail to stop Central American migrants reaching the US southern border. And a Turkish paper claims phone calls were made from the Saudi consulate in Istanbul to the office of the Saudi Crown Prince during the "interrogation" of Jamal Khashoggi.