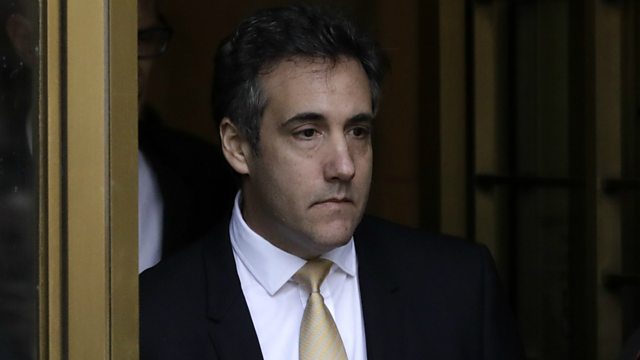 How damaging could the fallout from the Cohen and Manafort cases be for President Trump?

As President Trump’s former campaign manager is convicted of fraud and his former lawyer pleads guilty to charges that include campaign finance violations, how damaging could the fallout be for the President? We’ll hear from a legal expert and one of Mr Trump’s former advisers.

Also in the programme: it's a year since the start of the violence that forced one million Rohingyas to flee Myanmar. So when will they be able to go home?