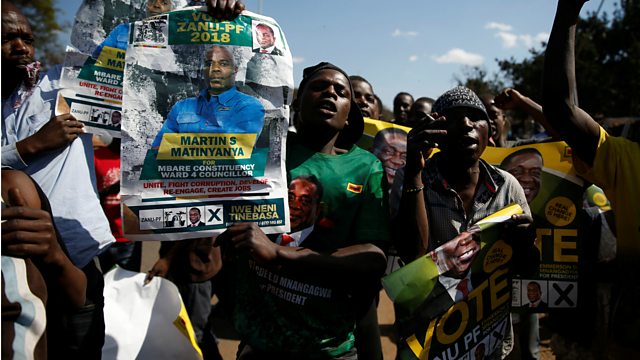 Zimbabwe Election: Zanu-PF has Most Seats

Zimbabwe's election board says ZANU-PF has secured a two-thirds majority in parliament.

The Electoral Commission in Zimbabwe says the governing ZANU-PF has attained a two-thirds majority in parliament. The opposition MDC has complained of electoral fraud.

Also in the programme: The former Congolese militia leader and vice-president, Jean-Pierre Bemba, has returned to Kinshasa after a decade in exile and prison; and scientists in Australia say they have managed to protect a large urban area from mosquitoes that spread the dengue virus.