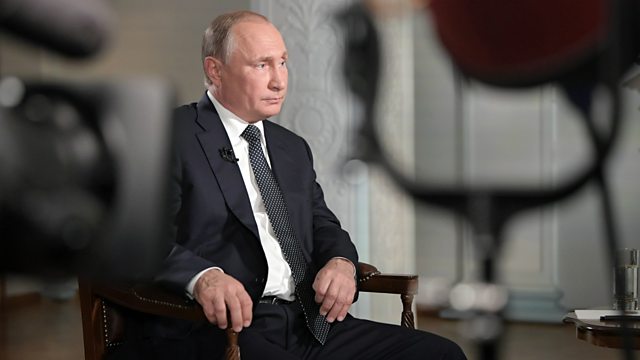 While Donald Trump faces a storm of criticism in America for his performance in Helsinki. His Russian counterpart Vladimir Putin is faring rather better. Back home in Russia, political figures have been lining up to praise the results of the Helsinki summit and the interview Mr Putin gave to Fox News denying any Russian involvement in the US elections. We hear the response from one of President Putin's political supporters.

Also in the programme - Pro-Brexit campaign group fined for breaching referendum spending limits and the most expensive Chinese film ever made flops in its first week.

Trump Appears to Side with Russia Against FBI