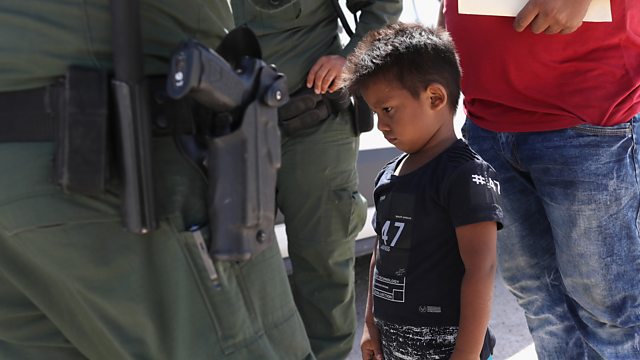 There is still confusion over the fate of families separated on the US border.

As Melania Trump makes a surprise visit to border facilities in Texas, the White House has been accused of expressing mixed messages over when the separated families will be reunited.

Also in the programme: We speak to the Austrian foreign minister Karin Kneissl about Europe's immigration crisis. And we have a special report from the Sahel on how the desert became the new frontline in the war against Islamist militants.

(Photo: A boy from Honduras taken into custody by US Border Patrol agents near the US-Mexico Border in Texas Credit: John Moore/Getty Images)