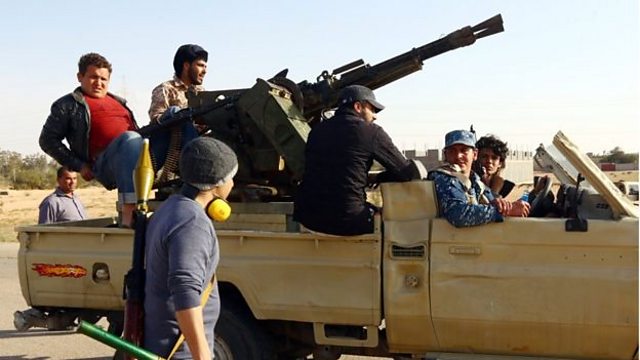 An end to fighting in Libya and a hope of fair elections in December? Key figures have been brought together in Paris in an attempt to bring peace to the troubled country. We hear from an independent journalist, Mary Fitzgerald, who says there are still many concerns about the negotiations.

Also on the programme: senior North Korean heads to US; and New Zealand's high teenage suicide rate and the people who are trying to change it.

(Photo: Libya has been beset by instability since the ouster of long-term leader Muammar Gaddafi Credit: Getty Images)