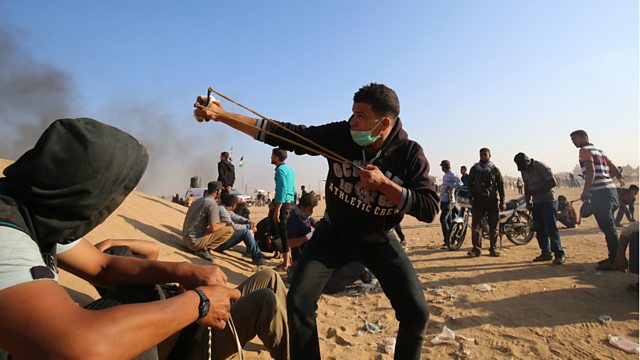 Palestinians have been staging another day of protests on the border between Gaza and Israel. In mass demonstrations on Monday, more than fifty people were killed by Israeli gunfire. Meanwhile, there were angry exchanges between Israeli and Palestinian envoys at the United Nations Security Council which held an emergency session to discuss the violence.

Also in the programme: Kenyan opposition leader Raila Odinga talks about losing the presidential election; and "The Bonfire of the Vanities" author Tom Wolfe dies.

(Photo: Palestinian protester during clashes along the border with Israel. Credit: AFP/Getty Images)