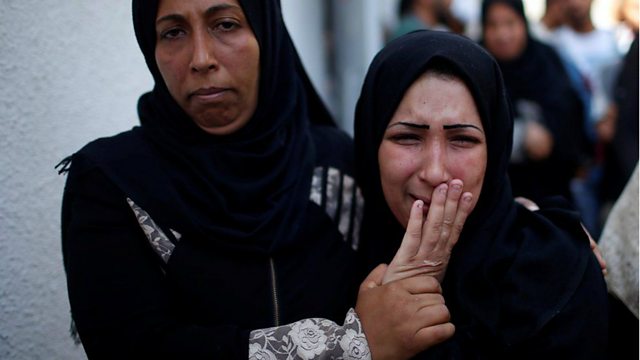 As the funerals are held in Gaza of the 58 people killed on Monday by Israeli security forces, Hamas and the Israeli government blame each other for the violence - while both insist they want peace.

Also in the programme: parts of the Afghan city of Farah are reported to have fallen to the Taliban; and British police are urged to abandon facial recognition technology.