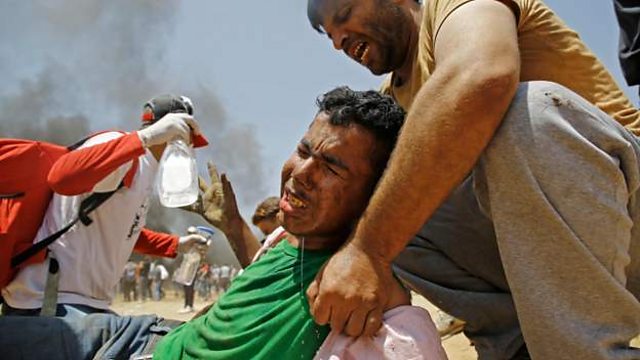 Palestinian deaths soar as US opens its embassy in Jerusalem

Palestinians have been protesting for weeks but deaths soared on the day the US opened its embassy in Jerusalem.Palestinians see this as clear US backing for Israeli rule over the whole city, whose eastern part they claim. We hear from inside Gaza, as the US administration hails the move a success.

Also on the programme: A special report from Lebanon and we take a closer look at the humanitarian situation