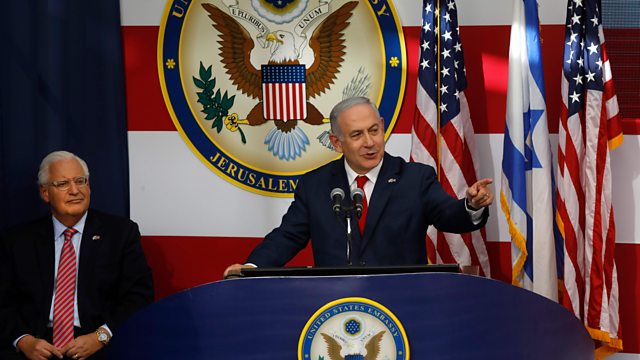 Dozens of Palestinians have been killed and nearly 2,000 injured by Israeli forces on Gaza's border. The clashes came as the United States formally opened its embassy in Jerusalem. We will hear from both Palestinian and Israeli voices.

Also in the programme: family members including children have carried out suicide attacks in Indonesia for the second day running; Populists on course to form the new government in Italy.

(Photo: US ambassador to Israel David Friedman listens as Israel"s Prime Minister Benjamin Netanyahu delivers a speech during the opening of the US embassy in Jerusalem on May 14, 2018. Credit: Getty Images)