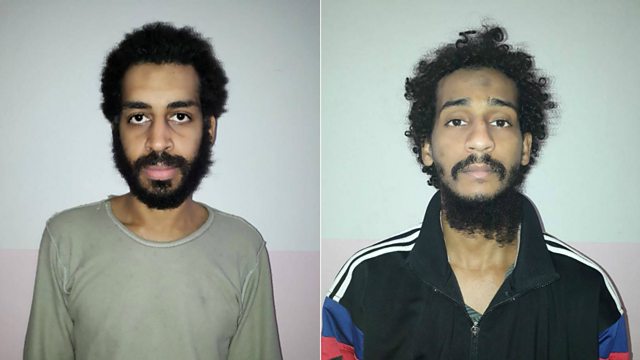 Islamic State Duo Say They Won't get a Fair Trial

Alexanda Kotey and El Shafee Elsheikh, from London, were captured in Syria in January.

Two Britons accused of being Islamic State members have complained they will not get a fair trial.

Also in the programme: Large crowds have attended the first funerals of the 16 Palestinian protesters shot dead by Israeli troops on Friday and; this weekend an unmanned Chinese space laboratory is expected to re-enter the earth's atmosphere.