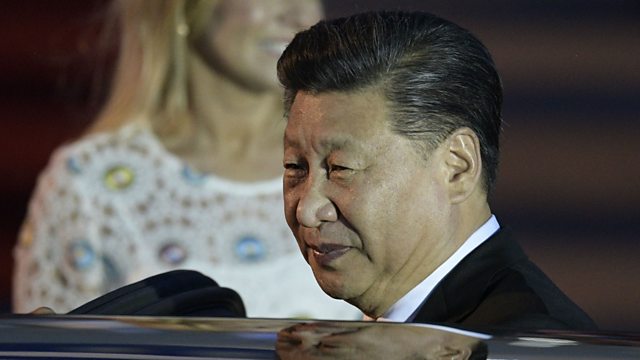 As the summit gets underway in Buenos Aires, what are the odds of Donald Trump and Xi Jinping reaching an agreement that could end the US-China trade dispute?

As the G20 summit gets underway in Buenos Aires, what are the odds of Donald Trump and Xi Jinping reaching an agreement that could end the US-China trade dispute? Meanwhile, a bilateral trade deal that's nearly completed could see Argentinian beef back on American supermarket shelves. Daniel Gallas reports from Buenos Aires where local producers say the comeback is not that simple. In Italy, government ministers want to be released from eurozone budget rules so they can spend more, which they say will lead to much-needed growth. Manuela Saragosa takes the temperature with businesses in Milan. Also in the programme, how hyper connectivity can help promote collectively intelligent systems, so-called 'superminds'. We ask MIT Professor Thomas Malone to explain what it's all about. Plus, as UNESCO adds reggae to its list of cultural treasures, we hear from author Chris Salewicz on the Jamaican music often associated with Bob Marley.

Fergus Nicoll is joined throughout the programme by Jonathan Cheng of the Wall Street Journal, from Seoul, and by Erin Delmore, Senior Political Correspondent at Bustle.com, in New York.

The Price of Punjab’s Partition