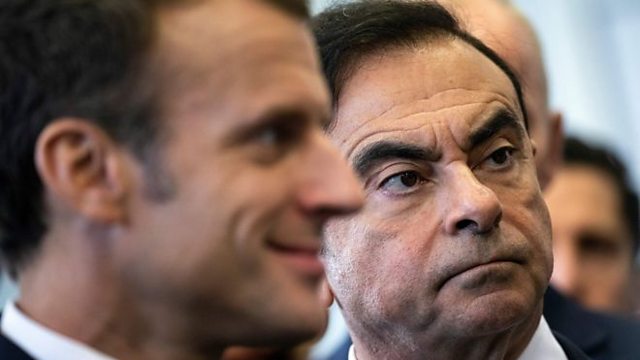 Renault has appointed a temporary deputy chief executive to take over the running of the French car firm following the arrest of Carlos Ghosn.

Renault has appointed a temporary deputy chief executive to take over the running of the car firm following the arrest of Carlos Ghosn.
Following an emergency board meeting Renault said its chief operating officer, Thierry Bolloré, would step up to the role because Mr Ghosn was "temporarily incapacitated". Our correspondent Theo Leggett reports on another dramatic day at one of the World's biggest car makers.

Also on the programme, best-selling author Peter Frankopan talks about his new book The New Silk Roads, and what it tells us about the changing landscape for global trade, and one of baseball's biggest names, the former New York Yankees slugger Alex Rodriguez talks about Major League Baseball's attempts to grow the game around the World.

The BBC's Fergus Nicoll will be joined throughout the programme from New York city by author and media entrepreneur Diane Brady, and from Hong Kong by John Wood of Room to Read - which works with children in low-income communities by focusing on literacy and gender equality in education. They'll be joined from Kolkata by the BBC's Rahul Tandon.