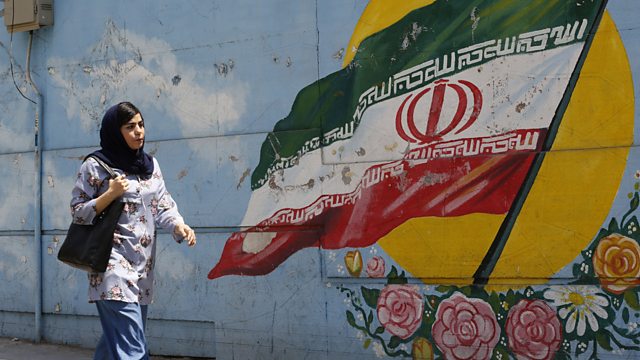 British Airways and Air France will stop flights to Tehran from next month.

British Airways and Air France will stop flights to Tehran from next month, saying the route is no longer commercially viable. While the move is supposedly unrelated to the US move to return to sanctions against the Islamic Republic, Iran's increasing isolation is inevitably part of the decision. Long hours and hard sales techniques are putting off millennials from working at car dealerships. Amy Wilson, an editor at Automotive News in Atlanta explains more. We bring you the latest reaction to allegations of campaign finance violations linked to President Trump. And, a price fixing scandal has caused outrage in Chile. The item in question? Toilet paper.

Picture: A woman walks in front of a mural painting depicting the Iranian flag, in the capital Tehran (Credit: ATTA KENARE/AFP).