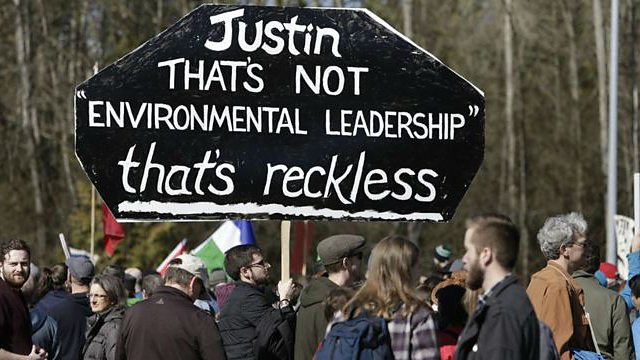 The Trans-Mountain link between Alberta province and the pacific coast of British Columbia will cost over $4 billion. It has already faced considerable opposition.

The Trans-Mountain link between Alberta province and the pacific coast of British Columbia will cost over $4 billion. It has already faced considerable opposition. We hear from an environmental policy expert, the Union of British Colombia India Chiefs, and the provincial government in Alberta. Why has Malaysia's new Prime Minister scrapped a high-speed railway between Kuala Lumpur and Singapore? Italian financial markets have suffered heavy falls amid the ongoing political crisis. Is Italy's membership of the eurozone at stake? Also, why the behaviour of some of the world's biggest food-producing companies is judged to be high risk. Plus, South Korean boy band BTS have become the first K-pop artist to reach number one on the US album charts. So what’s behind the band's success? Fergus Nicoll is joined throughout the show by Erin Delmore, Senior Political Correspondent with Bustle.com in New York and entrepreneur Simon Littlewood in Singapore.