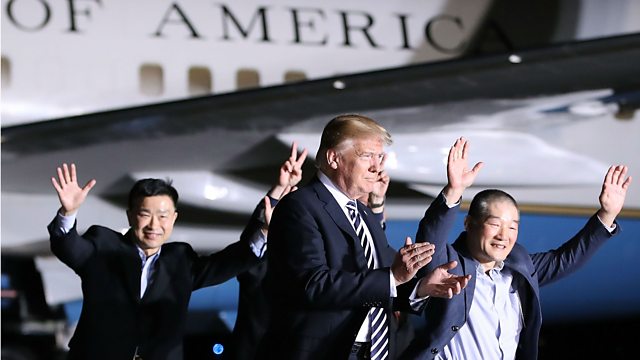 How is Singapore feeling about being at the centre of this much-anticipated meeting?

Donald Trump revealed his summit with North Korea's Kim Jon Un will take place in Asia's city state and financial hub. We'll hear about what could actually result from this unique encounter in just a moment. And, how is Singapore feeling about being at the centre of this much-anticipated meeting?
Jean Lee, director of the Korea foundation at the Wilson Center in Washington DC, explains.
The Argentinian finance minister is in Washington right now, trying to prise an emergency loan from the International Monetary Fund. The IMF is the place governments turn to as a last resort, when private lenders see them as just too risky. The BBC's south America business correspondent Daniel Gallas is in Buenos Aires and tells us more.
Poetry might not seem like a moneyspinner in the books industry, but a million poetry books were sold in the UK in the last five years, raising $8.2 million. Part of the drive is coming from young poets with an online following, like the man who has just won this year's International Dylan Thomas Prize - Kayo Chingonyi - a Zambian-born 39-year-old whose work explores black masculinity. Poetry Society director Judith Palmer tells us how verse is bouncing back.
Roger Hearing is joined by two guests on opposite sides of the Pacific - David Kuo of the Motley Fool in Hong Kong, and Kara Alaimo, Assistant Professor at Hofstra University and Author of "Pitch, Tweet, or Engage on the Street, in New York.
(Picture: President Trump Greets The Three Americans Freed From North Korea Upon Their Arrival Back In The UUs. Credit: Getty Images)