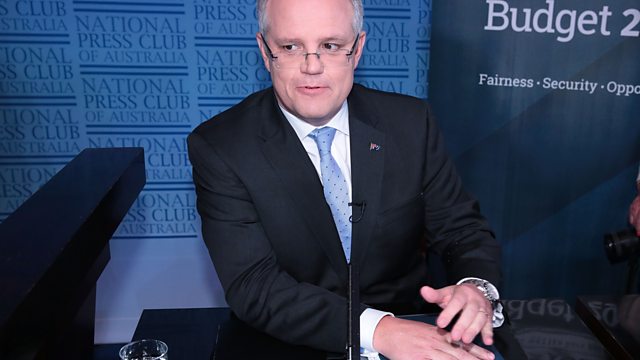 Pre-election sweeteners are expected, including tax cuts for low-income earners.

Pre-election sweeteners are expected, including tax cuts for low and middle-income earners. But will Australians feel the difference in their pockets?

Wednesday is general election day in Malaysia. Many Asian nations have courted Chinese investment. We explore who has benefited.

We bring you the latest on the trade tensions between the US and China.

Presenter Fergus Nicoll is joined throughout the programme by Ralph Silva of the Silva Research Network in Toronto. And Andy Xie, an independent economist in Hong Kong.

Donald Trump pulls US out of Iran Nuclear Deal