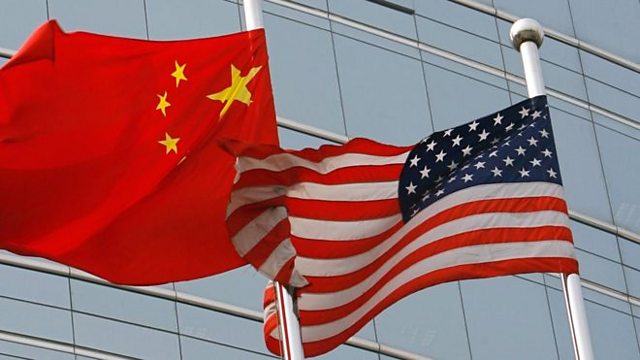 White House economic advisers have travelled to China in an attempt to avert a trade war.

White House economic advisers have travelled to China in an attempt to avert a trade war. Michael Hirson of Eurasia Group tells us what the trip might achieve.The former Volkswagen chief executive Martin Winterkorn has been charged by US prosecutors in Detroit. The indictment against Mr Winterkorn was issued secretly in March and only unsealed on Thursday. We ask Larry Vellequette of Automotive News in Detroit, why it has only been made public now. We also hear from Brazil where the United Nations has expressed concern about dangerous conditions for journalists. Plus, a northern Italian town is urging its residents to eat large rodents that are devouring crops. Nick Squires of the Daily Telegraph newspaper gives us the details.

(Photo: The Chinese and US flags. Credit: Getty Images)