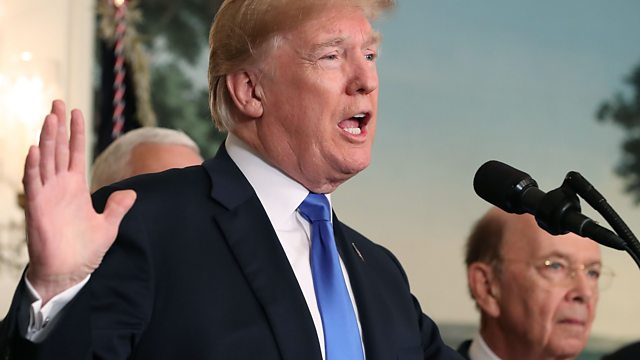 US Announces Tariffs on Chinese Imports

The White House announces trade sanctions against China for allegedly stealing American ideas, but is the administration badly out of step with American business? We hear from Erin Ennis, senior Vice President at the US-China Business Council and we also speak to Dr Meredith Crowley, an international trade economist at the University of Cambridge. Also in the programme, there have been widespread strikes in France in protest at President Macron's economic reforms. Geoffrey Roux de Bezieux is vice president of the employers association MEDEF and offers us his organisation's perspective, plus we hear from the other side - Fabrice Angel from the country's largest and most powerful trade union, the CGT. We're joined by Ziyad Marar, author of Judged: The Value of Being Misunderstood. Plus we hear how Taiwan has taken recycling to a whole new level. And we're joined throughout the programme by Tony Nash in Texas - he's from Complete Intelligence and also with us is Madhavan Narayanan in New Delhi.

Will There be a US-China Trade War?