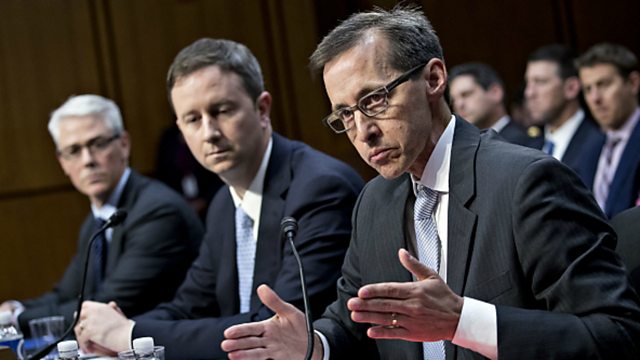 The Impact of Social Media on Politics

Evidence emerges that social media accounts with ties to Russia influence US politics; a Ghanaian film which ponders the country's progress since independence.

(Image: Representatives of Facebook, Twitter and Google appear at a US Senate hearing on Russian meddling in the 2016 Presidential Election. Credit: Getty Images)