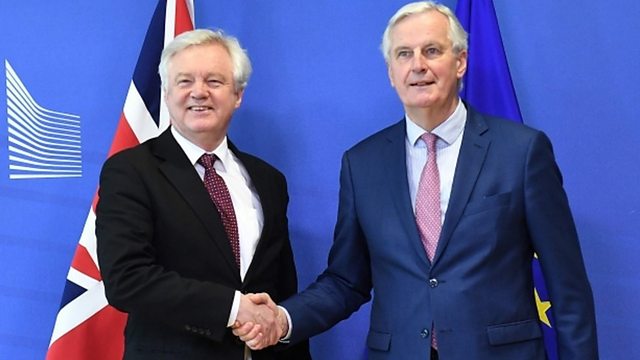 A Brexit transition deal is agreed, although more work is needed on the Irish border.

A Brexit transition deal is agreed, although more work is needed on the Irish border. We get Northern Irish business reaction from Declan Gormley, managing director of ventilation company Brookvent. Also in the programme, shares in Facebook are down following revelations that a firm hired by the Trump election campaign harvested the data of 50m users. We find out more from Nuala O'Connor, president of the Center for Democracy and Technology in Washington, and Rob Kniaz of Hoxton Ventures, a venture capital firm specialising in technology. Japan's Prime Minister Shinzo Abe has hit back at critics over a property scandal that has seen his popularity plunge. David Satterwhite is a politics professor at Temple University in Tokyo, and explains the background to the case. We hear about a new report from the Overseas Development Institute, warning on the impact of robots on workers in Africa, from its author Karishma Banga. Plus we meet the workers in Sao Paulo, Brazil, who commute to work by helicopter.