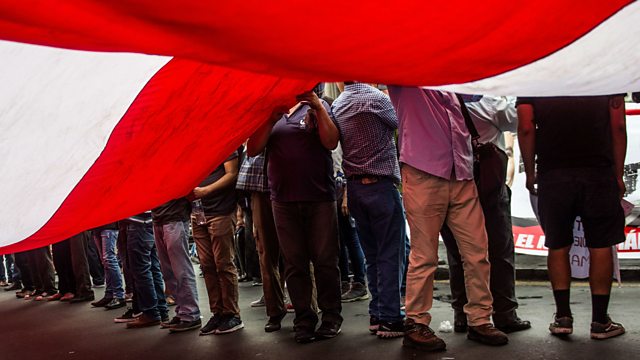 Protests to Continue in Peru

People in Peru are preparing to protest in the wake of a growing corruption scandal.

People in Peru are preparing to protest in the wake of a growing corruption scandal. Our business reporter Daniel Gallas is in the capital Lima, and explains the background. Also in the programme, the British government has unveiled an environment strategy for the next 25 years, focusing on reducing levels of waste plastic. Environmental campaigner George Monbiot assesses the plans. Germany's IG Metall union is calling for a 6% pay rise for workers, and reduction in hours from 35 to 28 per week. Josie Le Blond is a freelance journalist in Berlin, and tells us how likely it is that the demands will be met. Plus Mihkel Jaatma of RealEyes explains how his company hopes to use facial recognition software to help businesses work out what emotional response customers have to what they're trying to sell.

Canada Files WTO Complaint Against the US

Protests to Continue in Peru