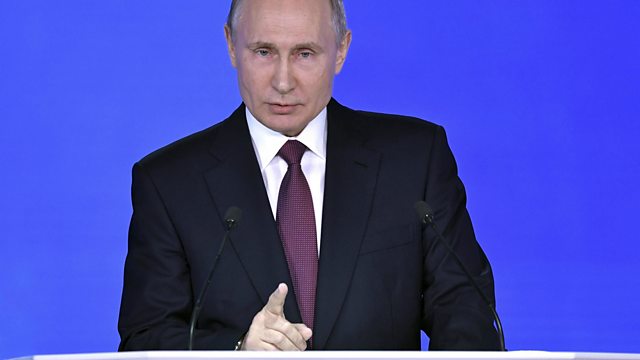 President Putin used his State of the Nation address to lay out his key policies for a fourth presidential term. He showcased a range of new weapons, including a missile that could 'reach anywhere in the world'. He also pledged to halve poverty by the middle of the next decade.

Also in the programme we hear from women who camouflage autism. And the BBC's Chief International Correspondent Lyse Doucet has returned from Yemen, we'll hear about the humanitarian situation in Sanaa.