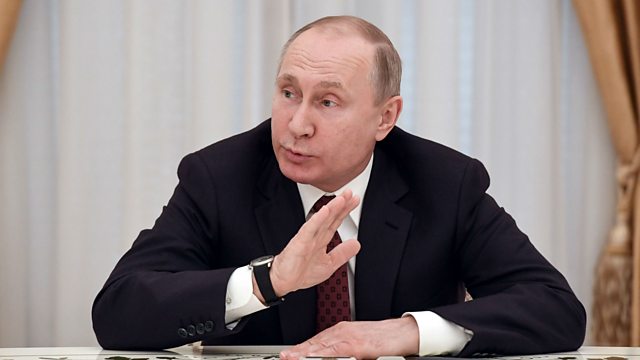 Leaders across Europe have started contacting Vladimir Putin to mark his re-election as the leader of Russia. Norbert Roettgen chairs the influential foreign affairs committee in the German Parliament and says the Russian president should rethink his relationship with the international community.

Also in the programme, a big step towards a Brexit transition arrangement. BusinessEurope reacts to the details of the arrangement ahead of its sign-off.

And as Mark Zuckerburg faces increasing pressure to testify over users data being compromised, Roger Mcnamee, an early investor in the social media platform, tells Tim Franks Facebook needs to take a closer look at their business model.

What Does Putin's Victory Mean for Russia and the World?