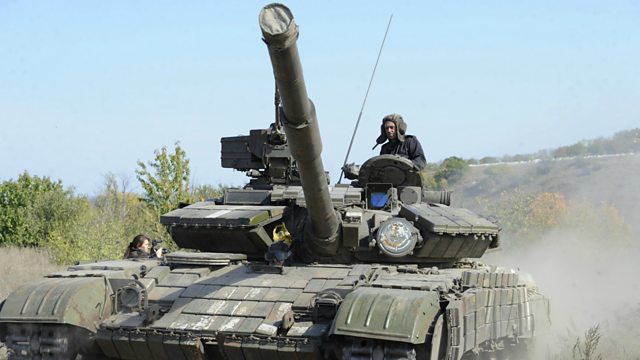 Russia Accuses US of Promoting ‘Bloodshed’ in Eastern Ukraine

The US has agreed to supply defensive weapons to the Ukrainian government.

The US has agreed to supply defensive weapons to the Ukrainian government. The Ukrainian president, Petro Poroshenko, says the weapons will only be used for defensive purposes.

Also in the programme: remembering Bruce McCandless, the first man to fly untethered in space; and the Syrian president is reportedly considering an appeal to urgently evacuate seven children with cancer from a rebel-held suburb of Damascus.

Picture:A tank of the Ukrainian forces near the village of Crymske in the Lugansk region in 2015. Credit: Getty Images.