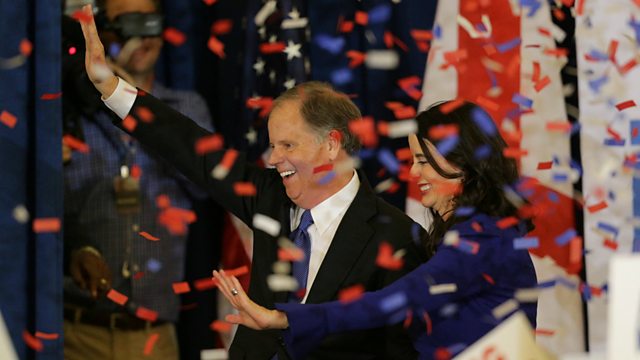 President Trump is facing further obstacles to his legislative programme with the election to the US Senate of a Democrat, Doug Jones, in Alabama. What impact will the result have on the Republican Party? We hear from a veteran Republican pollster.

Also in the programme: The psychological impact of the Grenfell Tower tragedy; and we speak to the mother of the baby born with her heart outside the body.